Three Voices As One 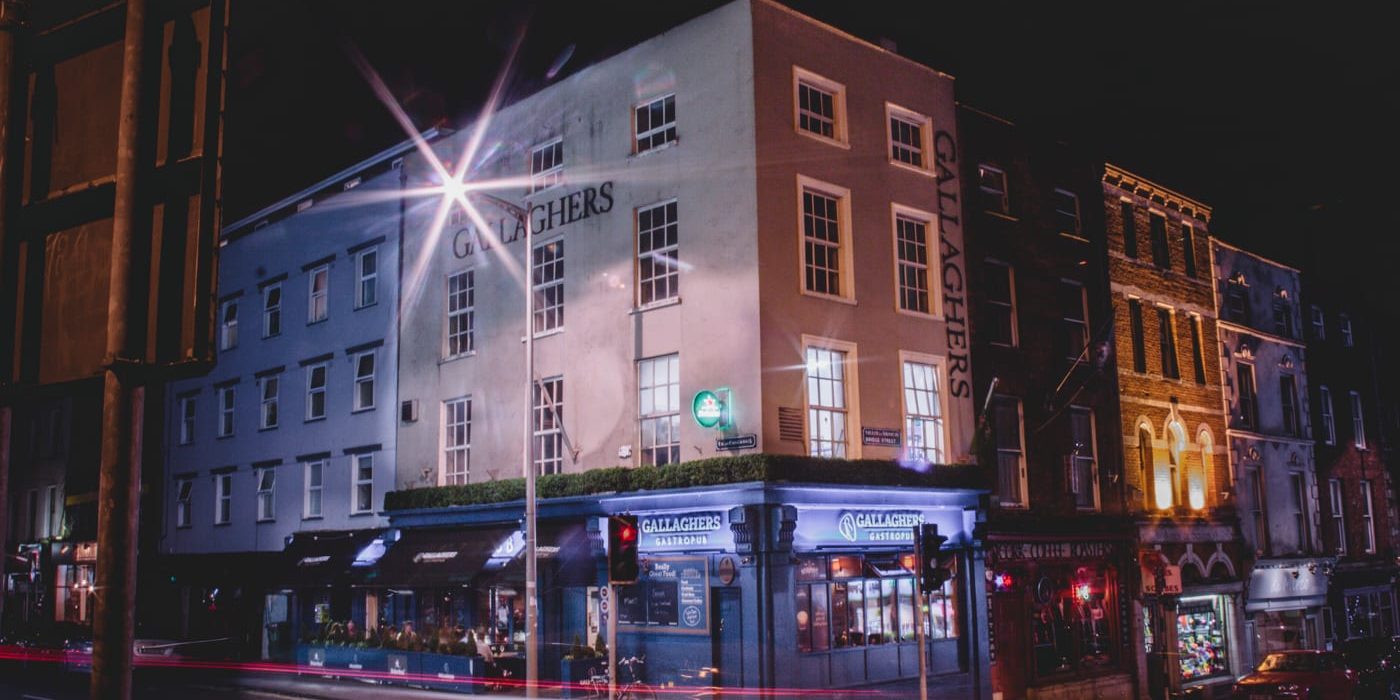 A new friend recommended Gallagher’s Gastro Pub at the main intersection in the centre of Cork, a beautiful city near the south coast of Ireland. The food was as good as he said it would be, so we ate, napped, then headed back to the pub after nine, when the signs in the windows matched the encouragement from our server, Jamie – “live entertainment”.

Approaching the door, the first thing I heard were the rhythms. Oh, this was going to be good already. Percussion leads almost every move I make, so these new sounds were already intriguing, I had no idea what was creating them.

The harmonies hit me next. The music bed of our stroll into this pub was laid by a trio of singers and guitarists calling themselves Triple Treats. The first thing my wife said to me as we walked in was “They sound like angels.” And they did.
Instead of describing them, listen to this, I caught exactly a minute of it. It’s a cover of a The Civil Wars’ song called “Barton Hollow”:

They were accompanied by a technically impressive and groove-laden gent sitting on (and playing) a Cajón.
He made it speak its own language using beautiful, in-the-pocket patterns with infinite sounds shaped by sticks, brushes, feet, hands, and pure energy from the others.

Here’s a a cover of a Ryan Sheridan song “The Dreamer”. It shows a flowing compliment of the rhythms of the guitar, playing alongside the rhythms of the Cajón box. A little over a minute long, but it’s got just enough spirit and attitude to leave you wanting more.

New Songwriting Effort “The Speed of Life”
March 17, 2014
NEWS & EVENTS
Categories
ANY QUESTIONS? GET IN TOUCH!
Contact Keith now to ensure the success of your next event!
Go to Top