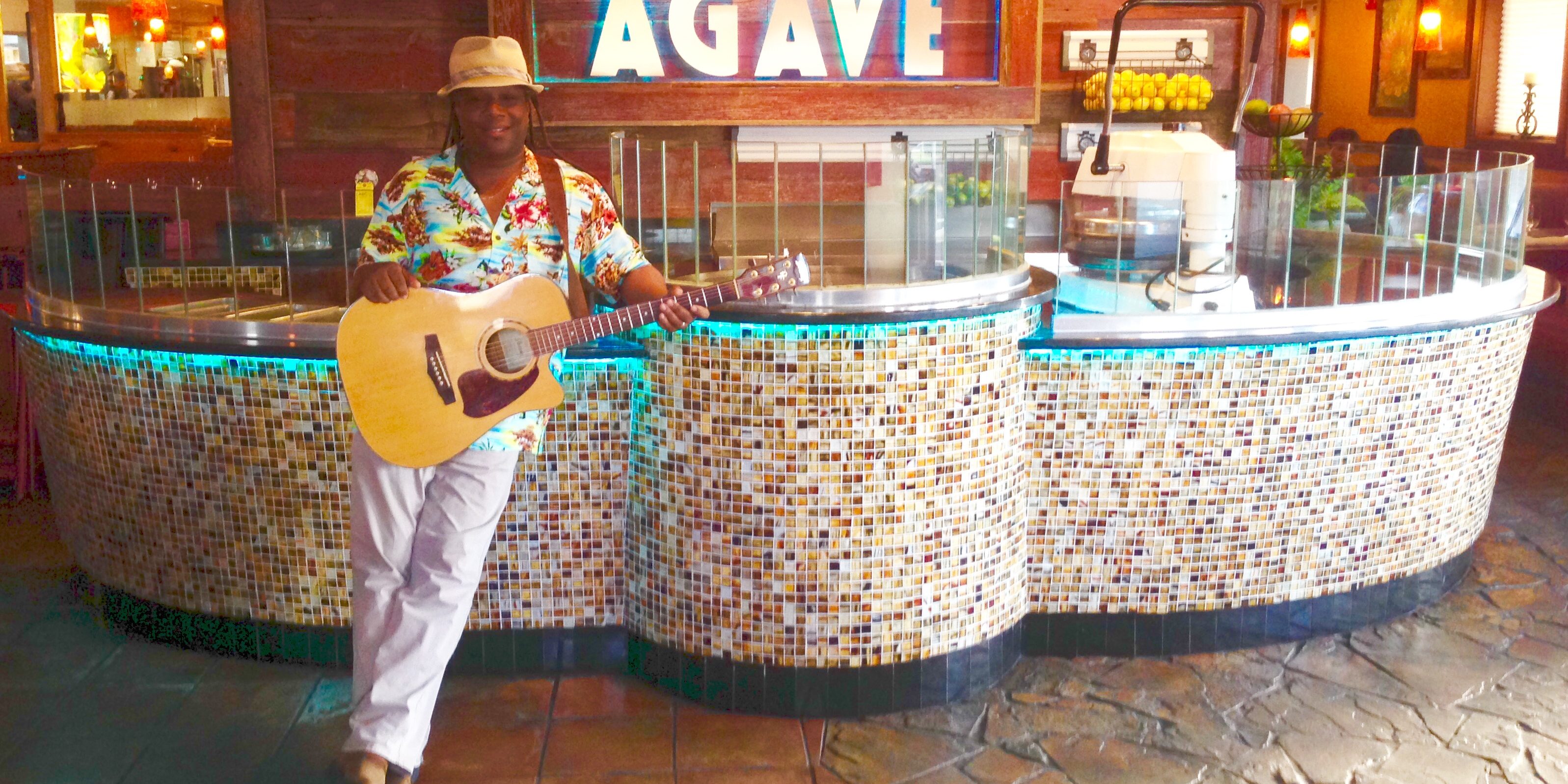 I’ve known Teddy Richards’ family for about 13 years now, and have had some wonderful moments of magic and laughter with them at the Watermark Grille. They all share a great and easy smile. Teddy has an adventurer’s spirit, at ease with people and traveling.

I’m happy to say that Teddy is playing in Naples, FL for a few nights. Last night was his first, but he is performing his solo-acoustic set at Handsome Harry’s at 1205 3rd Street South on Thursday, January 24th, and also the following Monday, January 30th.

In early 2005, I began listening to Teddy’s CDs and haven’t stopped. Reviewers from here in the U.S. and from Europe have said it better, but there’s something about his songwriting and his voice that keeps him at the top of my playlists. And certainly at the top of the “Times Played” column on my iPhone. He has an amazing artistry and inherent peace. Teddy’s voice demonstrates a smooth sensitivity over layered hints and outright kicks of funk and rock. He has a wide-ranging taste in music, and it’s always expressive.

In addition to his solo work, Teddy also plays guitar in the Aretha Franklin band. And with his own band, Teddy has served as opening act for Seal, The Verve Pipe, Fishbone and Chic both nationally and internationally. In 2006, he signed with Germany’s Skip Records and released his CD “Gravity” throughout Europe. (I’ve just about worn the grooves on that ‘album’). He’s been a featured performer at the Montreux Jazz Festival in Switzerland, and he orchestrated and produced music currently heard on CBS SPORTS.

I’m anxious to see him over there. On Thursday from 7-11pm, or Monday from 6-9pm, get over to Handsome Harry’s and enjoy an artist’s passion and one of the very nicest people I’ve known. Have fun! Click HERE to see his website.

New Songwriting Effort “The Speed of Life”
March 17, 2014
NEWS & EVENTS
Categories
ANY QUESTIONS? GET IN TOUCH!
Contact Keith now to ensure the success of your next event!
Go to Top