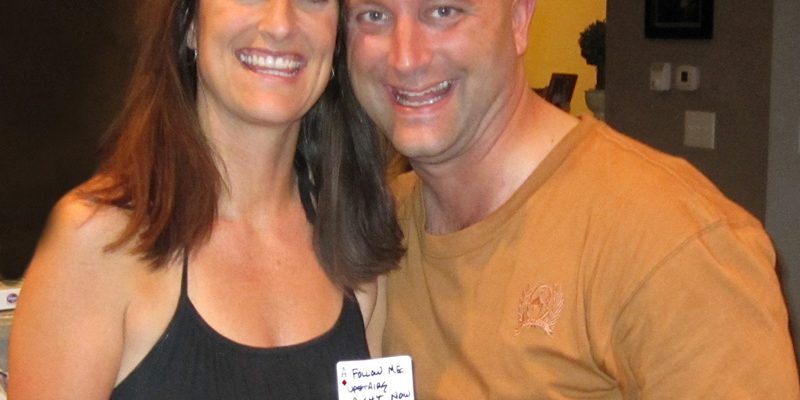 Don’t you just love it when good things come together? My friend and client, Mike Deck, of ERA Real Estate Links in Indianapolis, had met his soul mate. And the time was right for two families to be brought together as one. But first things first! Mike did the right thing, he went to Shannon O’Neil’s father and asked for permission to marry his daughter. Now that’s cool in and of itself.

Then, Mike asked if I would lend my magic to his unforgettable moment.
The next thing you know, I’m landing in Indianapolis and on my way to a very personal show. Their family began to gather, including all five of the kids – and the order of the day was Magic, Snow Cones and Pizza. And of course, Johnny’s birthday!

. . . the very last trick. It involved Mike writing a magical message on a playing card that appeared a few moments later, and quite impossibly, in Shannon’s hands.

Yes! He asked the question that lovers have asked for thousands of years.

I wish you could have seen all the family members and the children hug and cry, with so much hope and possibility and love ahead of them. It really was an unforgettable moment. I received a heartwarming reminder of how powerful the love of family can be.

And for anyone that may be cynical about the existence of real magic, it’s in Mike and Shannon’s smiles. Thank you, my friends.

The Musical Mindreader in the Corbin Theatre
July 26, 2013
NEWS & EVENTS
Categories
ANY QUESTIONS? GET IN TOUCH!
Contact Keith now to ensure the success of your next event!
Go to Top